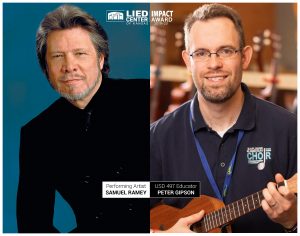 The Lied Center of Kansas named Peter Gipson, Sunflower Elementary School music teacher, and Samuel Ramey, world-renowned opera singer and Kansas native, as the recipients of the 2019–20 season’s IMPACT Awards. Each season, the Lied Center recognizes one USD 497 educator for distinguished service to arts education and one artist or group for distinguished service to the performing arts.

The IMPACT Awards will be presented to the two winners on the Lied Center stage at Ramey’s performance on Friday, April 3 at 7:30 p.m. “As the most recorded operatic bass in history, Samuel Ramey is a perfect example of what Kansans can accomplish in the world. Peter Gipson’s passion for teaching music has transformed the lives of thousands of students in the Lawrence community over the last 15-plus years. The Lied Center of Kansas is honored to recognize them for inspiring creativity in our community and beyond,” said Derek Kwan, Lied Center executive director.

Peter Gipson is currently in his 15th year of teaching elementary music and 11th year at Sunflower. In 2019, he was recognized as Lawrence Public Schools’ Elementary Teacher of the Year. In addition, he was named Elementary Educator of The Year by the Lawrence Schools Foundation in 2014 and the Northeast KMEA Elementary Choral Teacher of the Year in 2018. Under Gipson’s direction, the Sunflower choir has been recognized statewide for their excellent performances, having been selected to perform at the annual Kansas Music Educators Association In-Service Workshop on two occasions (2015 and 2018). He holds a bachelor’s degree in music education from Kansas State University and master’s degree in instructional design and technology from Emporia State University.

Colby, Kansas native Samuel Ramey is one of the music world’s foremost interpreters of bass and bass-baritone operatic and concert repertoire. With his powerful vocalism, exceptional musicianship, elegant stage presence and uncommon theatrical abilities, he commands an impressive breadth of repertoire—from the fioratura of Argante in Handel’s “Rinaldo,” which was the vehicle of his acclaimed Metropolitan Opera debut in 1984, to the dramatic proclamations of the title role in Bartok’s “Bluebeard’s Castle.” He is also renowned for his interpretation of the character of “Don Giovanni,” which he has recorded and performed extensively. As the most recorded bass in history, Ramey has more than 80 recordings, which have garnered him several major awards including three Grammys. In 1995, he was named Kansan of the Year, and in 1998, the French Ministry of Culture awarded him the rank of Commander in the Order of Arts and Letters. He was also inducted into the Kansas Music Hall of Fame in 2017. Ramey’s impact on music and the performing arts is indelible. He is currently a distinguished professor of opera at Wichita State University.

Each year, the Lied Center selects up to five artists or groups from the current season to be considered for the IMPACT Award, based upon the criteria of leadership in their field, artistic integrity, commitment to arts education and the creation of new and innovative work. In the fall, current and former Friends of the Lied board members vote for one of the nominees via electronic ballot. The educator is selected with the assistance of USD 497 Ambassadors to the Lied Center and members of the Adventures in Imagination Board. This selection is based on the teacher’s service to arts education. The honorees are presented their awards onstage at the winning artist’s Lied Center performance. This year’s winners will be added to the list of esteemed recipients, such as Joshua Bell, Black Violin and Wynton Marsalis; and USD 497 educators Johannah Cox, Deborah Woodall Routledge, Sara Bonner, Dani Lotton-Barker and Lois Orth-Lopes. 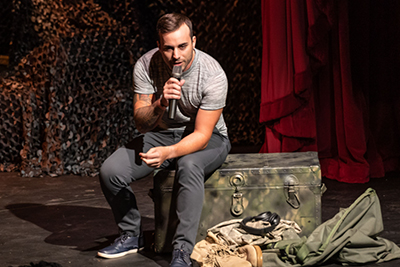 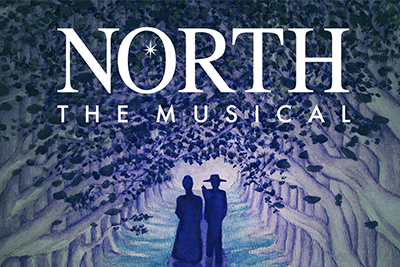 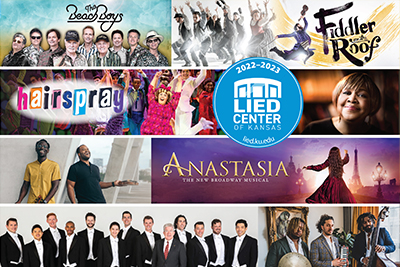