Derek Kwan began his tenure as the Executive Director of the Lied Center of Kansas in January 2014. Derek came to the Lied Center from Jazz at Lincoln Center, where he served as Vice President of Concerts & Touring. In this role, he managed all activities related to performances under the Jazz at Lincoln Center brand, including the NYC season at Rose Theater and the Appel Room, worldwide touring of the Jazz at Lincoln Center Orchestra with Wynton Marsalis and nightly sets at Dizzy's Club Coca-Cola. Derek previously worked for Interlochen Center for the Arts as the Executive Director of Interlochen Presents and also served as the Associate Director of Programming & Concert Operations for Jazz at Lincoln Center in the early 2000's. While earning his MBA at the University of Wisconsin, Derek served as the Education & Outreach Coordinator for the Wisconsin Union Theater. Prior to working in the arts, he worked for the IT consulting firm Accenture. A voting member of the Recording Academy, he has production credits on over 60 albums, including the Grammy-winning Bebo De Cuba and NY Times Album of the Year Lagrimas Negras. Derek has served as President of the Advisory Board of the University of Wisconsin's Bolz Center for Arts Administration and is a former board member for the Boston nonprofit arts organization, Inspire Arts & Music. In Kansas, he is proud to serve as a board member for KU Innovation Park, Lawrence Chamber of Commerce, LMH Health Foundation and advisory board member for Kansas Public Radio. 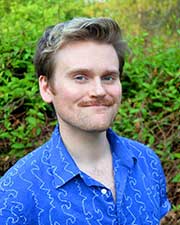